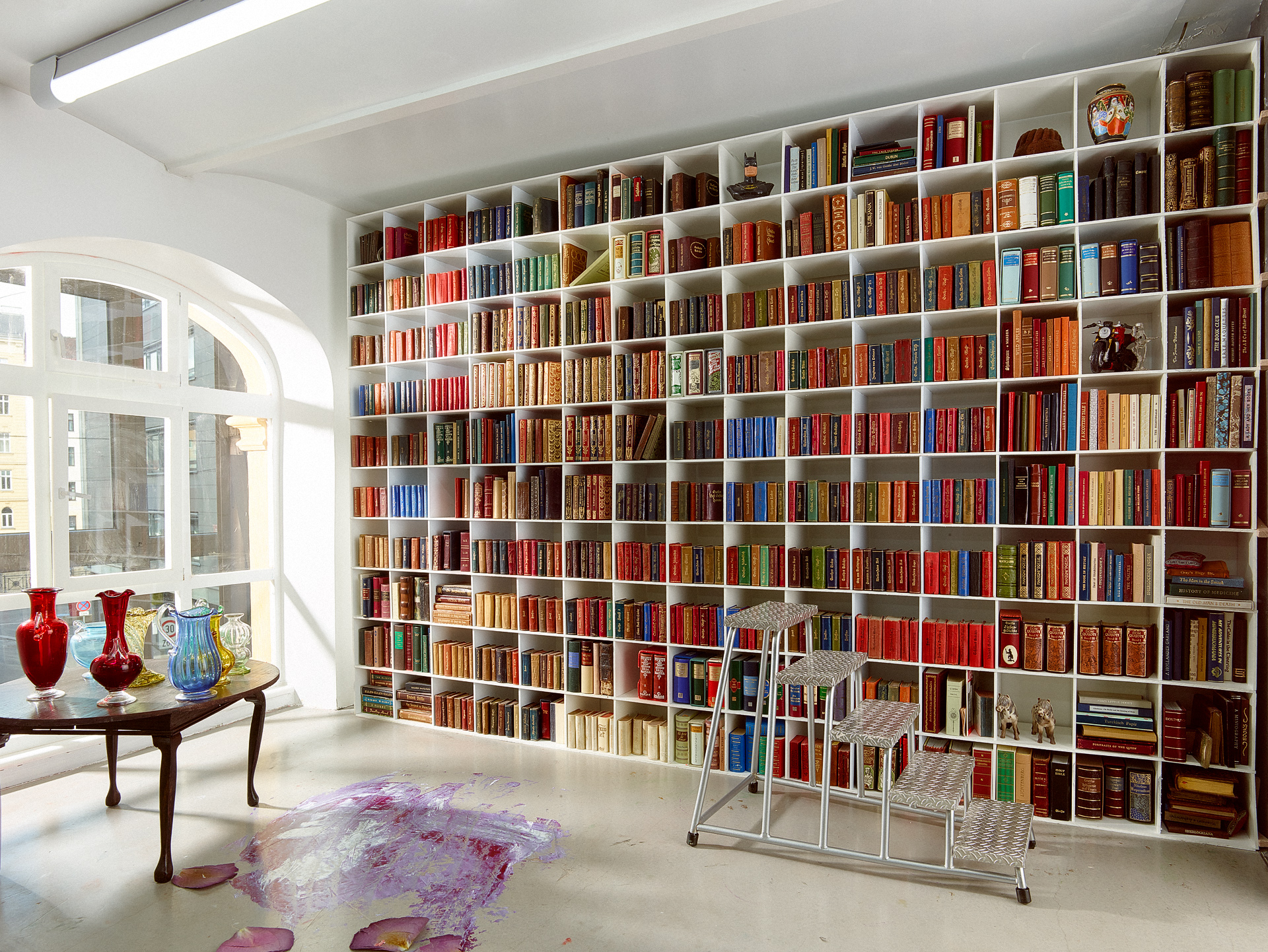 „Deutsche Literatur“ (German Literature) is an overwhelming term indeed. I actually know someone who collected it entirely and someone else, who knows all about it. This „German Literature“ is just a part of the the unbelievable collection of Arno, whose surname I do not remember right now – a former resident of Salzburg, just like me

At the antiquarian right around the corner, there were once these tiny books on display, perfectly fitting for the model of my studio on a scale of 1:4. I acquired ten pieces, urging the salesman for more, but he could not comply, informing me though that just minutes from here the probably most important collector of miniature books in Austria, maybe even all of Europe, would be in business. He would call me, if I´d leave my number, and that´s exactly how it happened: a familiar speech sound from Salzburg … and just after a few weeks we met in the suburbs of Vienna, in his small apartment, where all copies of world literature in miniature were stored in closets on the wall.

Within just a few sentences I realized that Arno actually read every word from his books, that no one could rip a page of the small print from one of his books without him noticing. Even the american „Miniature Book Society“ is looking for an open position for a gynecologist in Boston now, so Arno can become the next President of the society in America, with all of his know-how, which can become a weapon through the right use of google! Thousands of automated search queries send him various offers each day. Arno buys lots of books but keeps only one, using its value to buy a thousand new ones etc. ..

A freak? One who lives just for books..? No, quite on the contrary, Arno is a typical high-minded individual, just like his sister and his brother, even his parents are special

Months later Arno brought his collection to my studio, requiring a complex insurance with lots of documents. Now he finds the time for love, looking for his future bride and subsequent wedding plans.

I have to hurry with my work in the studio, for the series „Bibi“ is coming to live and, three years later, a comparatively sober, less baroque continuation, starting with the piece „Deutsche Literatur“.